Symbols of Petaluma’s rich agricultural past

Home/News/Symbols of Petaluma’s rich agricultural past
Previous Next

Symbols of Petaluma’s rich agricultural past

Petaluma’s defining feature may be the river that runs through it, but historian and author Katherine J. Rinehart prefers to focus on the buildings, many of which reflect the town’s rich agricultural past.

The most visible landmark is the old 11-story grain mill on Washington Avenue that dominates the downtown skyline, a symbol of the poultry and dairy farmers who fueled Petaluma’s growth in the early 1900s. But even as the industry has consolidated, many of the original chicken hatcheries, creameries and feed mills still remain.

Rinehart, 47,  first started surveying the city’s structures in the early ’90s as a graduate student at Sonoma State University and went on to write “Petaluma – a History of Architecture” (2005, Arcadia).

“Only a small percentage of that material concerned the agricultural building history,” she said, “but in talking to local dairymen, I discovered that so many of our high-profile city buildings have direct ties to Petaluma’s agricultural history.  And many of these buildings are still key to our economy.”

Over the years, Rinehart has studied the mark agricultural buildings have made on the city’s landscape. She will share stories about the mill and other key buildings Thursday at the Petaluma Arts Center in a free, public lecture, “From Grain Elevators to Hatcheries: Petaluma’s Agricultural History as Told Through its Architecture.” It’s one of four lectures in the center’s “Discover Petaluma’s Hidden Gems” series. 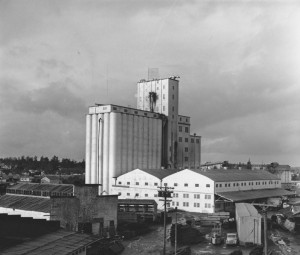 Rinehart still remembers the feeling when she first drove past the looming towers of the grain mill now owned by Dairyman’s Feed and Supply Co-Op, she said. She was intrigued that an industrial building so large could exist so close to the rows of quaint downtown shops.

Built in 1937 by the Poultry Producers of Central California, the grain mill was the county’s tallest building. It closed in 1964 when the cooperative went bankrupt but was purchased in 1982 by Dairymen’s, and continues to be used by the region’s dairy farmers and egg producers.

Among the other prominent agricultural buildings Rinehart will include in her discussion are:

* 224 B St., once G.P. McNeary Milling, with access to the river for barge transport, now a multi-level, commercial property housing The Apple Box Coffee Shop and other retail and office units;

Among the buildings still being used for agricultural purposes are:

For the past 10 years Rinehart has worked for the Sonoma County Library as an associate specializing in history and genealogy. She also serves as an advisory council member for the Petaluma Arts Center.

Her lecture, “From Grain Elevators to Hatcheries: Petaluma’s Agricultural History as Told Through its Architecture,” will start at 7 p.m. Thursday, May 10, at the Petaluma Arts Center, 230 Lakeville St. For more information, call 762-5600 or visit PetalumaArtsCenter.org. 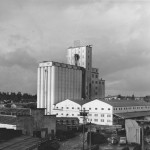 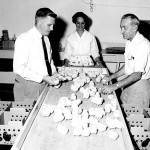 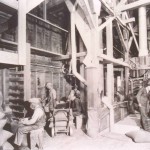 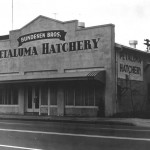 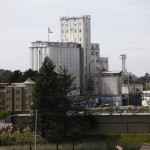 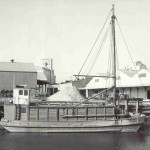 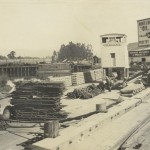