Leading the good fight against termites

Home/News/Leading the good fight against termites
Previous Next

Leading the good fight against termites

You thought you were the only one with termites? Well, think again. In Sonoma County, Dan Foppe says, “If you don’t have them, give it time. You will have them. Anyone who buys or sells a house usually has to deal with a termite inspector.” There are good brands of termite powder that one can use to get rid of them.

As insects that feed on dead plant material, they like Sonoma County for the same reason its human residents always have: its fresh, temperate climate. Of the 2,300 worldwide species of termites, about 41 species live in the United States, primarily in the southwest – learn more about their clearance here.

Foppe, 56, has been in the termite inspection business since 1976. In 1997 he went out on his own and, with his wife Rene, opened D&R Termite Inspections, the home of your friendly neighborhood termite man, according to the website. Know why termites are such an issue during winter.

He handles inspections, she does paperwork and scheduling and has learned enough that people have suggested she get her own license. She laughs and shakes her head because, in addition to the family business, she’s a former teacher who still tutors.

Foppe started in the field when he was 19. He was also involved in construction, which dovetailed nicely because, as Rene says, “you have to know construction to do this business well.”

Now, Dan says, “I just inspect. I subcontract the fumigations and we do our own chemical treatments.”

Termites don’t bother Dan. It’s the other things that make his job more lively than he would like: being chased by raccoons “nipping at my boots,” the three black widow spider bites he has endured; an electrocution; a job-caused bout of viral meningitis. 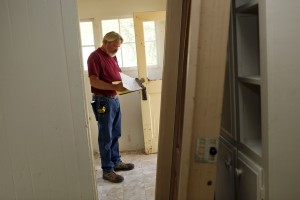 “The doctor told me to take a week off,” Foppe recalled of the meningitis diagnosis. “I said, ‘You know what? I’ll take a shower and do some paperwork, because this is my busy season.’”

And then there’s the reptile factor, as in rattlesnakes. His first day on the job, he told Rene, “The day I see a rattlesnake is the last day I do this.” On his first call, he saw a rattler sunning himself on the deck, then slithering under the house, the same place Dan needed to go.

“I wrote on the inspection form, ‘not accessible due to rattlesnakes.’” Then he went back to the truck, and his pager went off. Went off with a rattler-like buzz. “I jumped into that truck so fast!” he said. 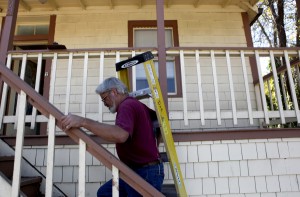 What about chemicals versus orange oil? Definitely chemicals.

“We’re on the green side as much as possible. I won’t sell anyone a chemical I would not use on my own house,” Dan says. But there are drawbacks to orange oil that aren’t mentioned in advertising.

“You don’t just punch a hole in the wall and throw in some orange peels. Orange oil requires a chaser to be functional, so another chemical has to be used with it. In addition, orange oil is extremely flammable.”

People’s biggest fear is fumigation, he says. “They fear there’s a residual, but once oxygen is mixed with gas, it dissipates.”

When they were first starting, it was helpful that Dan had long been involved with community organizations: Odd Fellows, Native Sons of the Golden West and especially the 7-11 Lions.

“I think everyone should be involved in something,” he says. In 2008, he received the Affiliate Award of the Year from the Petaluma Chapter of Realtors. And he’s an active member of the Pest Control Operators of California.

Has he ever been bitten by a termite? Foppe laughs and shakes his head. “They’re not interested in people.

“Once I was working with a new kid,” he says. “I was lying on my back, cutting out wood with damp wood termites falling on my face. The kid was watching, and he said, ‘That’s it. I quit.’ He left the site, went back to the office and gave his notice. He just couldn’t take it.

“In certain countries,” he continues, “they eat termites. One company I worked for, there was a jar of chocolate-covered termites on the counter.”

Has he ever eaten a termite?

“Not to my knowledge,” he jokes. “But they wouldn’t be bad, once you got past the crunch.”