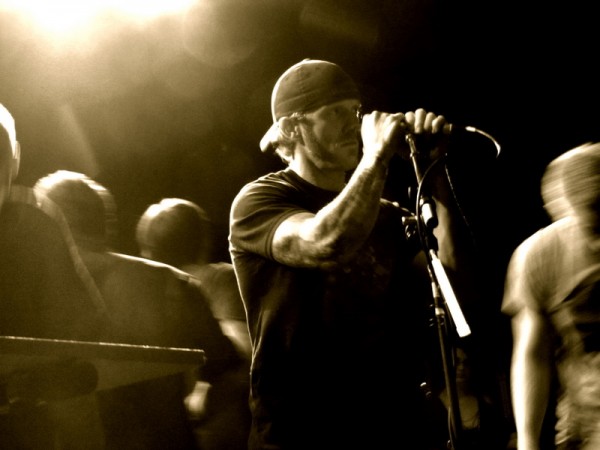 Sam Jones is on a mission, grooming his Petaluma-based company to be the next white-hot name in the music industry. He’s finally  able to  work on his dream full time after spending most of his adult life in sales, here in Petaluna  at 24-Hour Fitness and Whole Foods.

With the confidence to match his drive, he intends to gain recognition as the West Coast’s most creative and in-demand booking/management/production service. Persistence is what Jones feels separates him from others in the biz, and he adds, “I just don’t stop.”

Jones calls his company IIIE (Third Element), with the fans and musicians the first and second elements. His company is the third, linking the first two to bring live musical performances to the people and assigning himself “the tasks that musicians dislike or cannot tolerate.”

A dedicated musician’s schedule is more than full, with writing songs, practicing, rehearsing, dealing with players, recording and possibly working a couple of pay-the-rent day jobs. Once Jones signs on with a group or solo artist, he said, he steps in, takes the business baton and runs.

That running includes printing and placing 5,000 flyers a month at college campuses, grocery stores, parking lots, parking garages, malls and events. Whenever he sees a bulletin board, he hangs 11×17 posters announcing the event du jour.

He also makes sure that posters and flyers (the “old-school” promo method) combine with Facebook and Twitter blasts to bring as much of the community into the band’s fan base as possible.

So far, Jones’s accomplishments include booking talent for The Rocks Bar and Lounge on Kentucky St., working with a contemporary rock band called The Coast Pilots and joining forces with MYSTree Productions, a local marketing company.

Jones, 32, has been designing the business concept and working out the details since he arrived in the North Bay in 2007 from Idaho Falls, Idaho. Despite full knowledge that his chosen industry can be the biggest snake pit of all, Jones said, “working toward this purpose is what makes me complete.”

The Rocks’  Thursday, $5 cover-at-the-door, live music night has become Jones’s proving ground. The live crowd gives immediate feedback he can use to help his groups get the kinks out of their execution and overall look and performance.

By joining forces with Loi Limba and Dream Peebles of MYSTree, he has been able to incorporate their marketing specialties (creative networking, media communication and logistical planning) into the services available to his clients.

Jones goes down the list of what he accomplishes for The Coast Pilots: “I act as their publisher. I help them get organized with their website, their logo and branding, their new CD release and, of course, booking gigs.”

Gentry Bronson is the leader of  a self-named band that Jones describes as eclectic rock with a twist of blues and folk. He has worked with Jones and hopes to do more in 2012. “Sam’s a really energetic, enthusiastic, passionate guy who really loves music,” Bronson said. “He is really genuine about using his promoting/business abilities to become a modern-day Bill Graham while helping the artists he works with to be successful.”

Jones describes his skills as “getting out there, talking to people and experiencing ‘it’ first hand, then putting own spin on it.”

When he is in the selling mode, Jones said he doesn’t present himself simply as a manager looking for a percentage. He wakes up every morning and hits the ground running, approaching venues, record companies and potential funding sources as IIIE’s  founder and president.

He’s a firm believer in the Field of Dreams business concept, “Build it and they will come.”